Third Grade Artists Learned How to "Draw Like an Egyptian"

Third grade students all studied different aspects of ancient Egyptian art forms and doing projects which reflect their new understanding of this fascinating epoch in history.  Third graders learned how to draw like Egyptians using mixed perspectives; both side and frontal views are presented simultaneously. We illustrated pharaohs and gods as an ancient Egyptian artist might have done to decorate the inside of a tomb. We learned about hieroglyphic symbols and practiced drawing them ourselves. Hieroglyphs, characters in any system of writing in which symbols represent objects (such as tools, animals, or boats) and ideas (such as motion, time, and joy). The ancient Greeks first used the term hieroglyph (meaning "sacred carving") to describe decorative characters carved on Egyptian monuments. When archeologists first studied Egyptian hieroglyphics they thought that each symbol represented a word. However, it turns out that the writing is more complex than that. A symbol can represent a word, a sound, a syllable, or a concept. 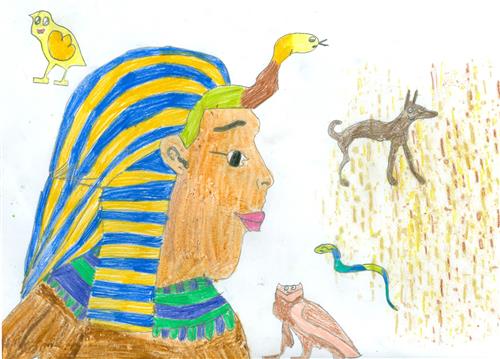 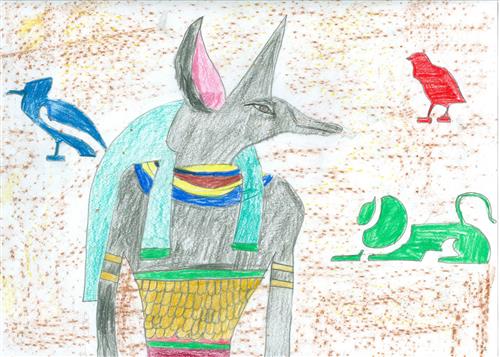